Bringing Out Your Best On Camera
by: VERN OAKLEY 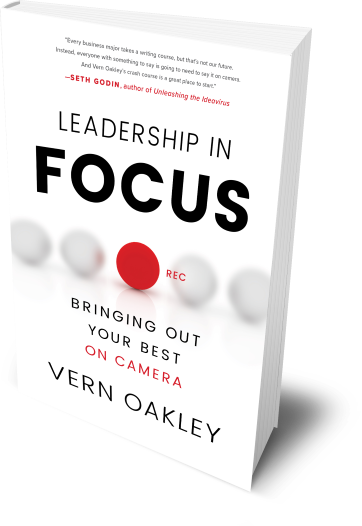 At a time when people are experiencing the dehumanization of leadership, how can you positively impact and increase your audience’s trust in you? How do you connect in a deeply human way that compels people to feel, give, act, and change? Learn how to convey your AUTHENTICITY on camera, the audience’s eyes into your world.

Putting a new lens on leadership

Gain PRESTIGE as a role model

Increase INTEREST in your organization

A visionary business artist, Vern has helped institutions and leaders express and communicate their soul and the humanity beneath their titles and talking points to connect with and mobilize their tribes.

Since founding Tribe Pictures in 1986, he has creatively directed short and long form films for top companies and institutions in technology, life science, pharmaceuticals, consumer products, and finance. His projects have garnered over one hundred and fifty industry awards — forty of which received gold or “best in show” medals.

Having launched some of the industry’s largest public offerings, his films have built the brands of Fortune 500 companies and been credited with helping to raise almost two billion dollars in contributions to colleges, universities, and philanthropies.